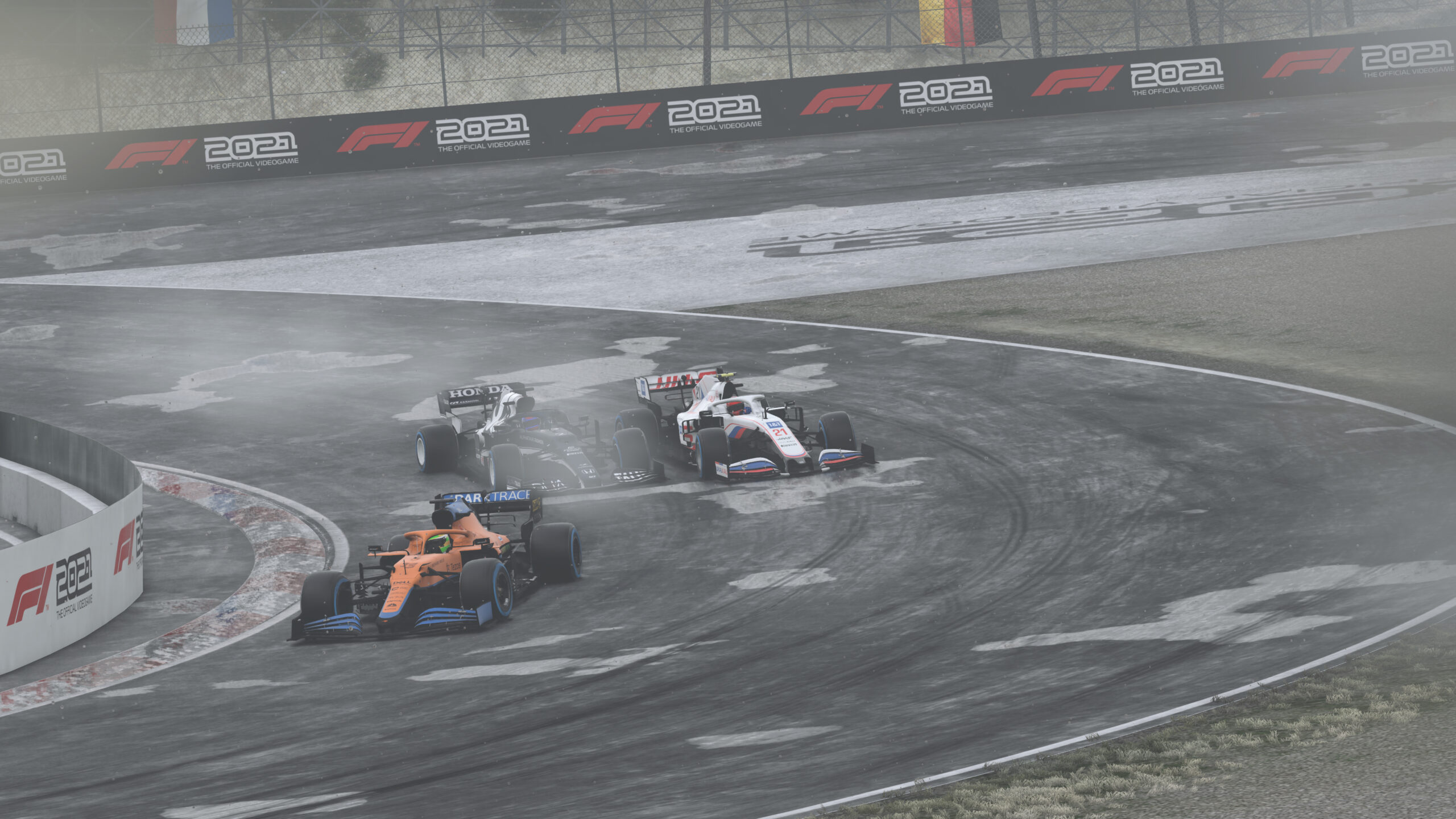 A bit of a shake up this week with me myself and I (SLR Darnell) taking blog duties. Don’t be feared though this will not be a 1,000 word essay 😉
This week played host to Round 09 of the SLR F2 World Championship. Raceroller22 having a healthy gap in the standings as we head in but would that remain?

One Shot Quali! It was yet another UNI domination and this time it was Crispy2001 taking his third pole of the season ahead of his team mate SLR Darnell. That is now 7 UNI poles in 9 races so far this season. Raceroller the only man to dethrone to UNI pairing.

The Feature! Not a huge amount happened in the race. Mainly due to the fact it’s relatively hard to overtake around here. But what we did have was the UNI boys streaking clear of the rest and never really being separated by 1 second. It took the pitstops for them to have their first duel of the race in which Darnell almost pulled an overcut on his team mate. 4 laps to the end we would see them go wheel to wheel for the lead again but for Crispy to keep hold the P1 after defending his position well. Unfortunately the stream didn’t show any of these battles ☹ As for the rest of the field. SLR Cech managed to take his first podium of the season with UKBeastAssassin behind in 4th who couldn’t seem to make the alternate strategy work after pre-race rain scares hovered the circuit.

The Sprint! Home hero SLR Dylan took reverse grid pole for the sprint race but could he bring home the dub to his adoring home fans at the finish? The sprint was much more enjoyable from a viewers point of view. Of course we had a safety car to bring the pack closer, some say the safety car has completed more laps than Sladncid this entire season? (sorry if you’re reading this). Anyway, early lap 1 drama sent SLR Darnell spinning into the gravel trap. The same gravel trap he would meet on the final lap of the race down to his own error. After race long battles at the front between Dylan, Niki & Roller it come down to the final stretch to decide the race which gave us a brilliant photo finish. SLR Niki takes the sprint race on the line by roughly 0.006. I say roughly because the game awarded roller the victory but after reviewing post-race footage it’s clear to see the game just screwed Niki over. However Niki would then screw himself over by receiving a post race penalty for an early collision with Southerner! SCENES JEFF!

Join us next week for the temple of the speed. Oh yes… it’s Monza and when F2 heads there, it NEVER disappoints!

Blogs Driver of the Round: Crispy2001

OG James 96 vs NonRipeLoki – feature – lap 1
Outcome: 5 secs & 1LP to NonRipeLoki
Reason: Simply put Loki doesnt leave enough space for orgianl and forces him of the track whilst he is making a move which is 100% on.

SLR Southerner vs SLR Niki
Outcome: 3 secs & 1LP to SLR Niki
Reasom: The move is on and niki trys to leave the space , however Niki leaves like 0.8 of a car width. It’s almost there but not quite.